Many books have been written about Freemasonry.  One writer was Carl Harry Claudy, who wrote many books that have helped Lodge officers become better officers. 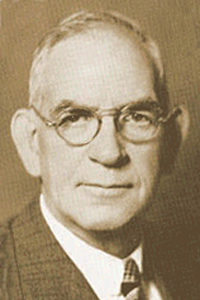 Claudy's association with Freemasonry began in 1908, when, at the age of 29, he was raised a Master Mason in Lodge Harmony No. 17 in Washington, DC.  He served as its Master in 1932 and eventually served as Grand Master of Masons in the District of Columbia in 1943.

His Masonic writing career began in earnest when he became associated with the Masonic Service Association in 1923, serving as associate editor of its magazine, The Master Mason, until 1931. Under his leadership the Masonic Service Association was brought to a place of preeminence through his authorship and distribution of the Short Talk Bulletin which made his name familiar to virtually every lodge in the country. He authored approximately 350 Short Talk Bulletins. In addition to the bulletins themselves, he wrote and distributed innumerable digests, special bulletins, and portfolios of an historical and factual nature.

Some of the Books About Masonry by Carl H. Claudy

The Secrecy of Masonry by Carl H. Claudy from the District of Columbia "The Master Mason" - July - August 1924

No one knows when, where and under what circumstances he or she is going to pass away, therefore this guide is given to you as a gift of information and special desires to assist you at a time when the family must make a number of difficult decisions.